WA says NO to hard borders down by Christmas

Only one in three West Aussies want to see them removed by Christmas.

Once again we’ve teamed up with Seven West Media and The West Australian newspaper, this time to get a gauge of just how long West Australians are happy for the hard border to stay up.

A poll of 932 West Aussies (sampled via our online panel partner Rewarding Views) revealed the majority – 64% – would like the hard border between WA and the Eastern States to remain in place until after Christmas.

Once again there were some interesting differences in the strength of sentiment between different age groups, with 18-24 year olds, especially females, standing out as most opposed to bringing the border down. As our Head of Social & Health Matthew Stephen explains in the article below, this is consistent with other research about the ‘Gen Z’ generation…

“Gen Zs (born between 1996 and 2015), particularly females, tend to be more socially conscious and concerned about the future — and that was before COVID-19 hit,” Matt told The West Australian.

“Given casual and part-time jobs were among the first to go when businesses closed, and JobKeeper won’t last forever, you can understand their hesitance after such a strong economic rebound for the WA economy.”

“More than any other generation Gen Zs also crave social connection, so you could imagine they aren’t too keen on the prospect of another lockdown.” 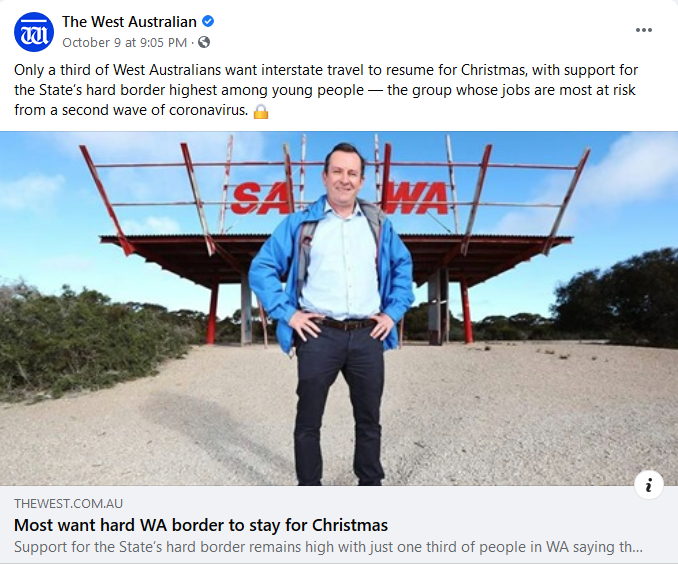