Fridays are Staff Spotlight days! We throw the spotlight onto one of our Painted Dogs and they answer the questions you’ve always wanted to know! This week’s spotlight falls on Bill; we gave him a few fun questions to answer so take a read below to get to know him a little better! 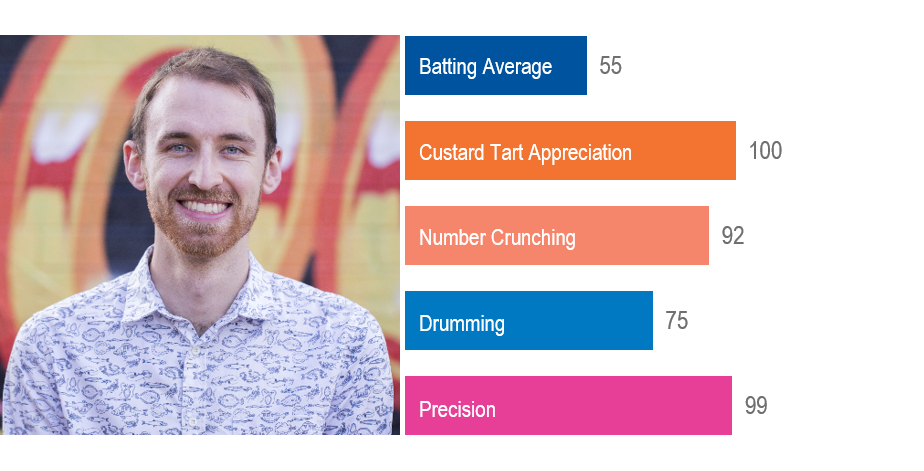 If you could take a month off from working at Painted Dog to immerse yourself in learning something new, what would it be?

It would probably be how to fly a plane. I’ve always liked the feeling of taking off and landing when on commercial flights, plus the view is always awesome from up high. The downside of commercial flights is that you’re stuck there for 6 hours trying to stop your legs going numb, and surviving on aircraft food (read: offal). So imagine if you had a pilot license – you can just go on joy flights where you get the fun takeoff, you can decide how long to stay up there with the view, then also get the fun landing. No boring parts! Also, being a pilot was pretty high on the list of things 7-year old Bill wanted to do, coming in a close fourth behind ‘Astronaut’, ‘Rockstar’, and ‘Millionaire’. I’m still working on the first three but I think they would take more than 1 month to achieve.

If you could be anyone else for a day, who would you choose?

If we’re pretending COVID-19 isn’t a thing it would have to be Daniel Furnari, the drummer of my favourite band Polaris. Touring the world playing sold out shows and playing awesome music is the dream. My backup person would be Yusaku Maezawa on the day he becomes the first person to take a private spaceflight with SpaceX around the moon and back (sometime after 2023). That would be a mind blowing experience. He’s also a billionaire, so that’s pretty cool too.

What popular TV show or movie do you refuse to watch and why?

This is a tough one but it would have to be any of those super long tv series (usually anime) that has 200+ episodes. If I get hooked on a series then I have to finish it, which is fine if the show is good the whole way through. But what if it starts great, I get hooked, and then it turns into hot trash with 70 episodes to go? I’d have to sit through those garbage episodes just to find out what happens, but I’d hate every minute of it. Talk about a waking nightmare.

If you had to describe yourself as an animal, which one would it be and why?

I’d be a giraffe that’s eaten a pack of marshmallows –Tall, lean, and sweet on the inside <3