McGowan still leads the way among a pack of pollies

…at least not according to WA’s Premier Mark McGowan.

And it would seem most of us agree with him – our latest People’s Voice survey revealed his approval rating is still through the roof and the best among a handful of his peers both in WA and nationally. 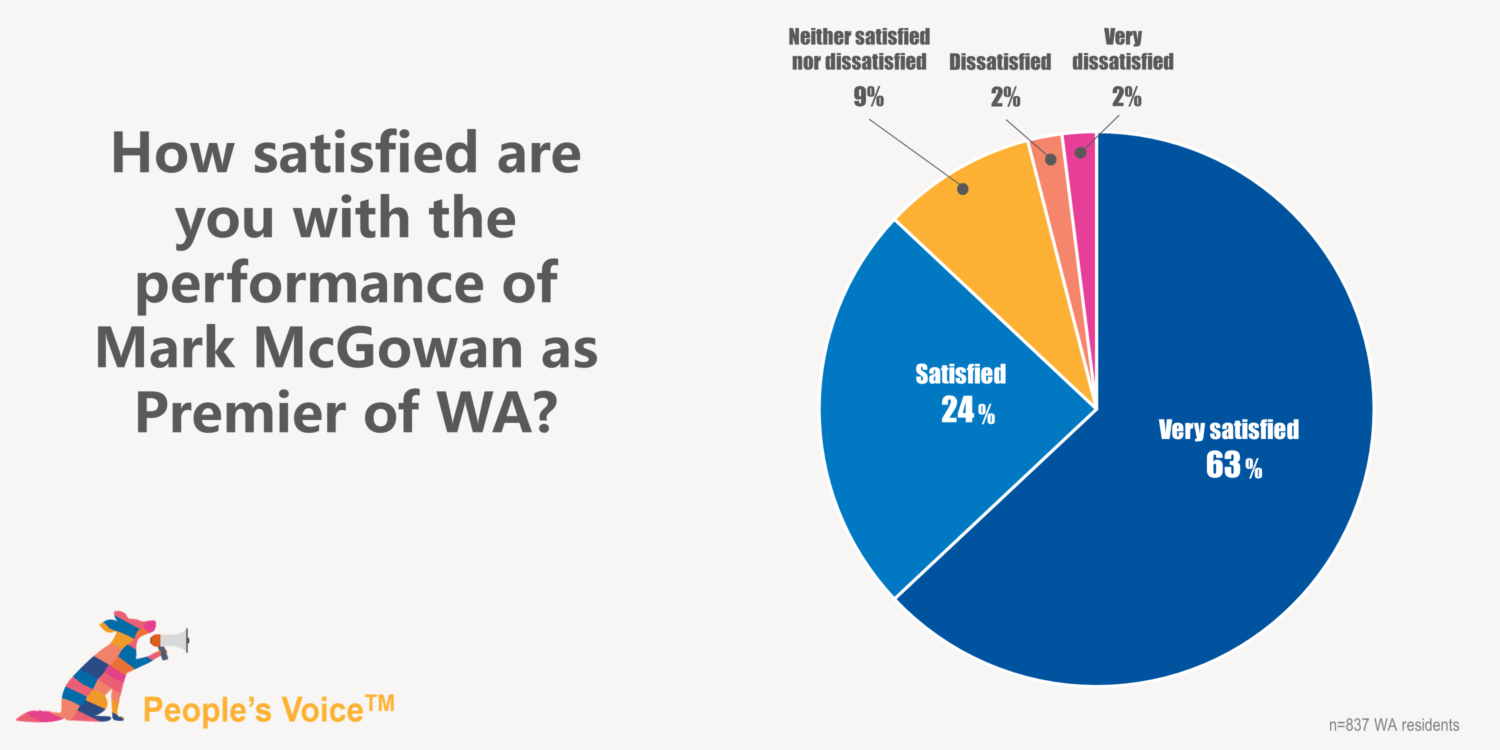 These are big numbers for McGowan, and nine months out from the next state election in WA it feels like another term is a sure thing at this stage.

Particularly when you see how he stacks up against a pack of other big names in state and national politics. McGowan has by far the highest approval rating, with WA Opposition Leader Liza Harvey struggling with just 19% satisfied with her performance.

Scott Morrison is doing relatively well as our PM, but it’s clear the Opposition Leaders are struggling to get traction in these times of crisis. Check out the full rankings below.

The People’s Voice was designed to help anyone – businesses and individuals – ask questions and understand the thoughts and feelings of West Australians.

People’s Voice gives you the chance to ask both current and potential customers what their attitudes and opinions are towards your brand or products and have the ability track these as we navigate through these unprecedented changes in our world.

To find out more information about it and how you can get involved, visit the People’s Voice website: https://painteddogresearch.com/peoplesvoice/