WA parents speak: We want to keep our kids home… for now

“Public says keep kids home” – that’s the headline from our latest two-page spread put together with our friends over at the The West Australian newspaper.

Our latest People’s Voice survey conducted this week with almost 1,000 West Aussies revealed that only a third (34%) think schools should re-open at the start of term two. The biggest proportion (43%) think they should stay shut for longer, with 23% saying they just aren’t sure.

Mixed, but still in favour of keeping kids home for a bit longer!

This result comes at the same time as our People’s Voice survey revealed McGowan’s sky-high approval rating, with 90% of West Aussies saying he’s done a good job so far handling the COVID-19 crisis in WA. It’s probably only a matter of time before this high satisfaction with our fearless leader translates into high trust for his decisions, which will likely see growing support behind re-opening schools.

Check out the spread below, and be sure to follow along with us as we keep our ears to the ‘People’s Voice’. 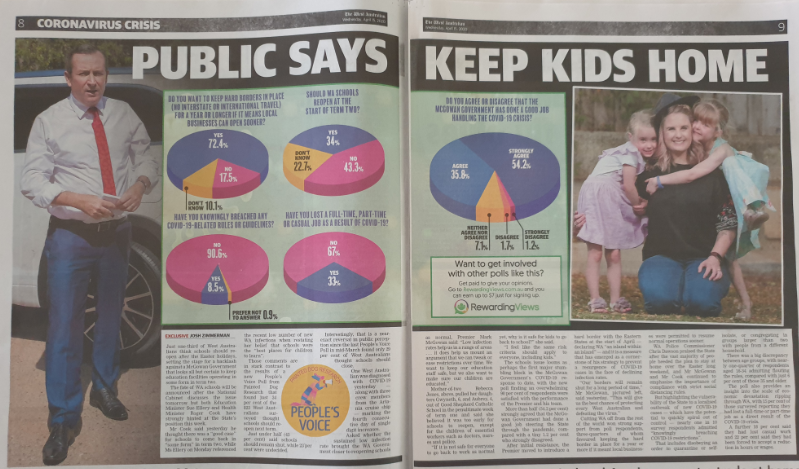