The Claremont serial killer trial – A case to live stream?

“The overwhelming majority support at least part of the trial being televised, but they seem to understand that not all of it will be suitable for everyone to see.”

That’s some of the words of Matt Stephen, our Head of Social and Health, from The West Australian newspaper’s coverage of our exclusive ‘People’s Voice’ poll last week.

The poll, seeking public opinion on whether the upcoming Claremont serial killer trial should be live streamed for the WA public to see, revealed that 75% of respondents think all or parts of the trial should be televised.

In most instances, the public in WA are allowed to visit a courtroom to watch a trial take place – but for a case as high profile as this one, it’s anticipated that the 80-odd seats in the Supreme Court’s main courtroom will fill up (and then some) rather quickly, meaning a lot of people who want to watch the proceedings won’t be able to.

“There’s clearly some support for live streaming it,” Matt says further. “Two-thirds say they’d likely watch some of the trial if it was televised, and among those, over 80% think it will improve their understanding of the WA legal system.”

And overall, it’s younger people who are most likely to be in favour of a live stream, despite many of them not even being alive at the time of the crimes. Compared to older age groups, young people are more likely to support all or part of it being streamed online and are the most likely to actually watch it if it is.

To give you more insight into what people said, here’s each of the questions we asked and some of the interesting results we uncovered…

1. If all Western Australian Supreme Court cases were streamed live online, do you believe it would improve your understanding of WA’s legal system?

2. How much of the Claremont serial killer trial would you support being streamed online for the public to view?

3. If all or part of the Claremont serial killer trial was streamed live online, would you watch any of it?

Check out a snippet of our coverage and poll results in The West below! 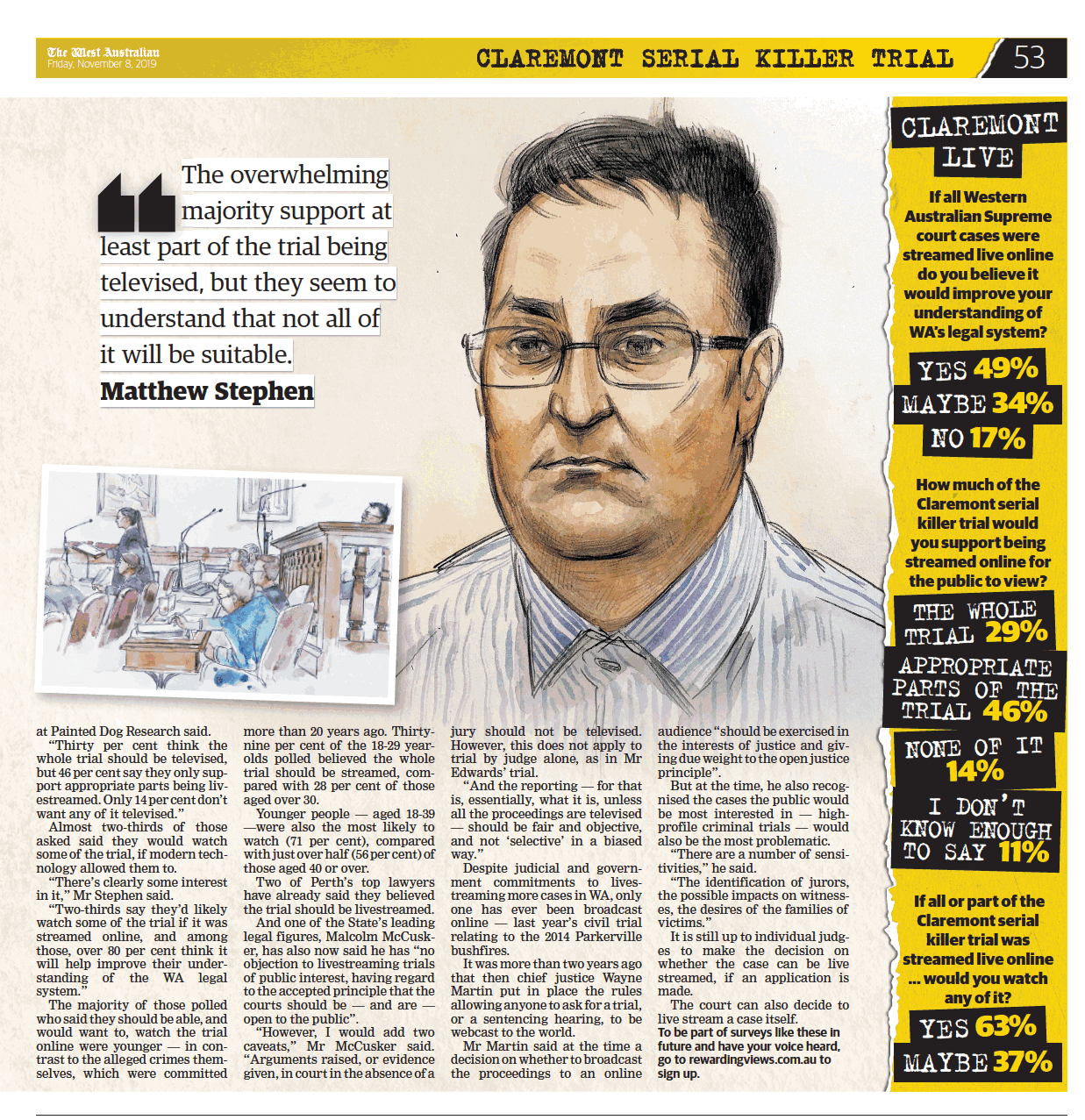