Free Willie: The ‘People’s Voice’ on the front page (again!)

Our People’s Voice survey is really picking up steam. We’ve teamed up with The West Australian newspaper once again to run another exclusive poll – and today we’ve made it onto the front page for the second time in a month!

Our Social & Health Unit surveyed over 600 people in cooperation with our panel partner RewardingViews.com.au to get their views about West Coast Eagles player Willie Rioli’s recent ‘Gatorade‘ scandal and proposed suspension of up to 4 years.

Turns out the majority of AFL supporters — whatever their team — want to see Rioli back playing by the 2021 season, with 66% saying the ban should be under 18 months.

Here’s just a couple of the key stats we dug up: 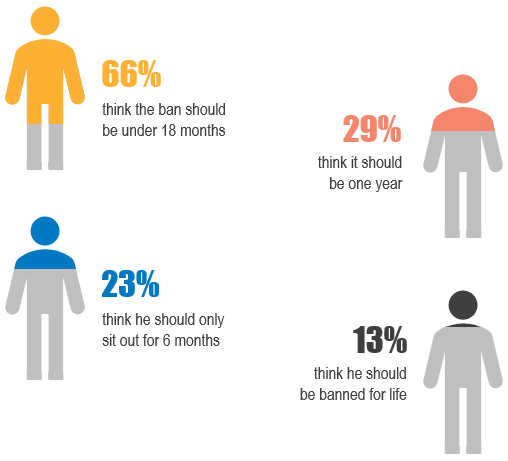 Unsurprisingly, Eagles fans were the most keen to see Rioli serve the least time. But almost two in three Fremantle fans, and the same proportion of fans from non-WA teams, think 18 months or less is a fair punishment.

Only 15 per cent of Eagles fans polled said Rioli deserved a ban of between two and four years. A massive 78 per cent of West Coast supporters said it should be 18 months or less.