For our most recent instalment of PD Sports, we found ourselves at the Cambridge Croquet Club. We arrived after another busy working week, with the sun shining, the turf rolled, and the hoops in. Met by our wonderful instructors, Brian and David, we soon learnt that we would be playing a game they termed ‘rocketball’ – a sped-up version of croquet optimised for social play. The pep talk we were given covered everything – from how to play all the way to the devious and aggressive nature of some of their members! 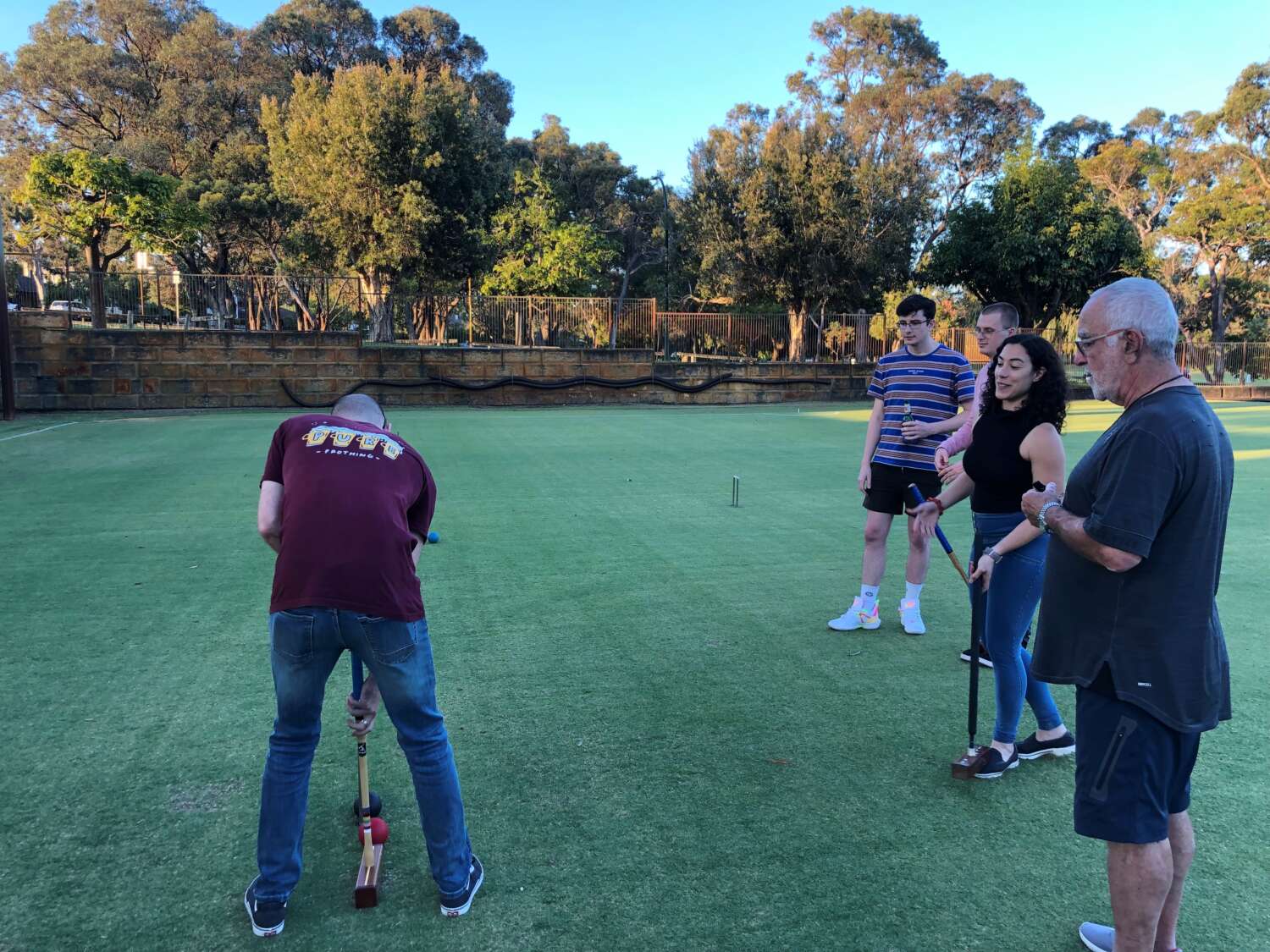 We were paired up, handed our mallets, and sent on our way to begin the round robin style tourney. It took some longer than others to find their way around the mallet, but that didn’t limit the fun that was had. We played a few rounds of games before stopping for a well-deserved pizza and refreshment break. 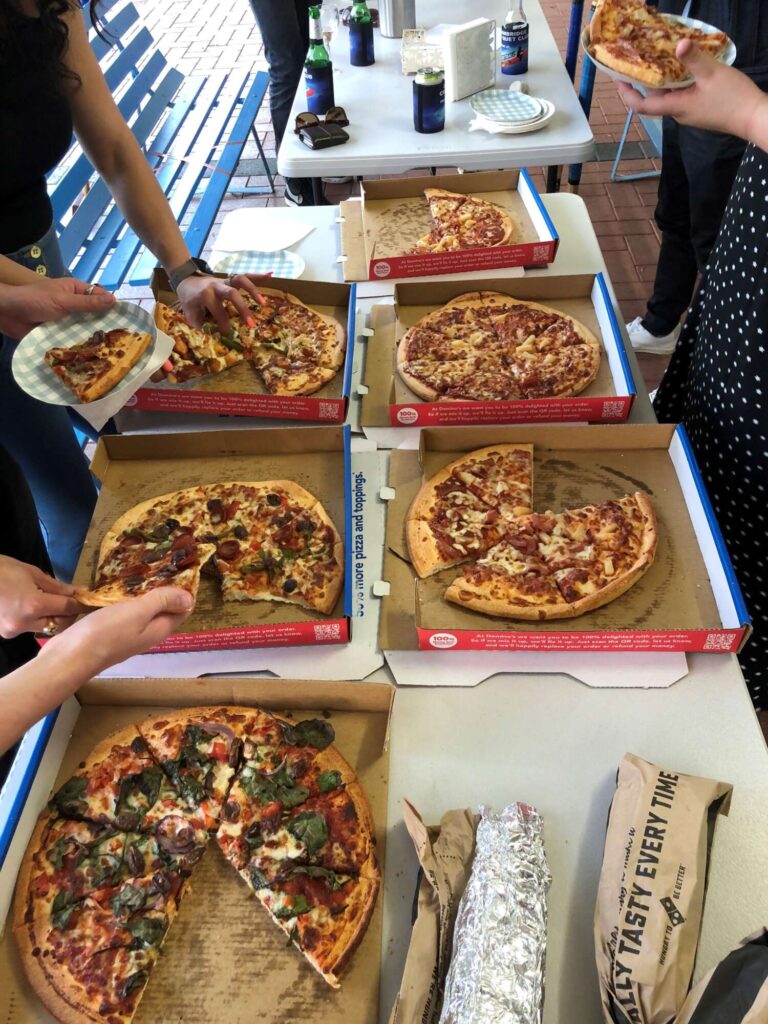 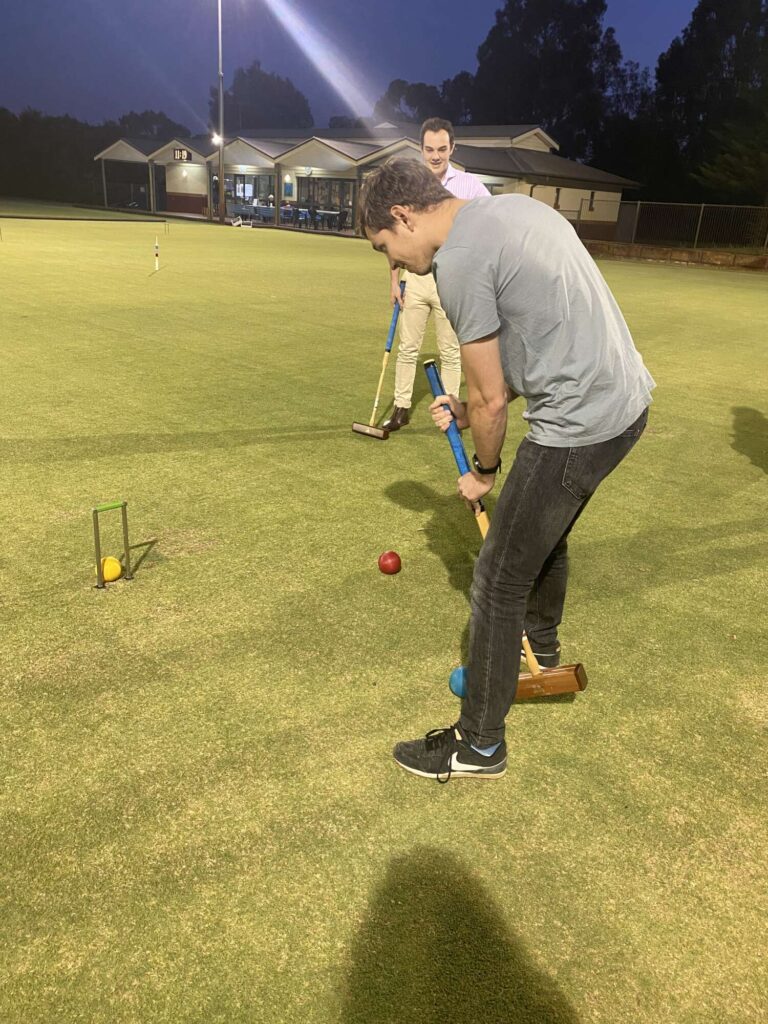 Resumption of the tournament saw Liam and Noah come out victorious – without losing a hoop the entire time! The decisive nature of their victory had some questioning the legitimacy of their claims to have both never played croquet before. However, to knock them down a couple of pegs, it was suggested that the apprentices take on the masters, and a final game of Liam and Noah versus Brian and David was had. Needless to say, the masters showed exactly why they were the masters, taking home a 4-1 victory – much to the delight of the rest of the team.

A big thanks goes out to the lovely members of the club who tended to our every need throughout – instructing, refereeing, scoring, operating the timer, and tending the bar! Rocketball was definitely a hit among the pack – stay tuned for our next PD Sports event!