Painted Dog Research appeared three times in the news over the last two weeks regarding COVID-related topics and protocols. Our People’s Voice survey results made it into both The West Australian and The Sunday Times, even landing a front-page cover about West Aussie’s support for Scott Morrison’s international border stance.

412 WA Residents were asked their view on the Prime Minister’s “Fortress Australia” policy. Turns out, 87% of West Australians support the Federal Government’s current approach to our seawall borders, which means not letting in anyone other than Australian Residents. This level of support is similar to the 89% of residents who supported Mark McGowen’s hard border stance for WA a few months back – meaning Mark and Scott might finally be ringing the same bell when it comes to our borders!

Check out the front-page splash on last week’s The Sunday Times newspaper. 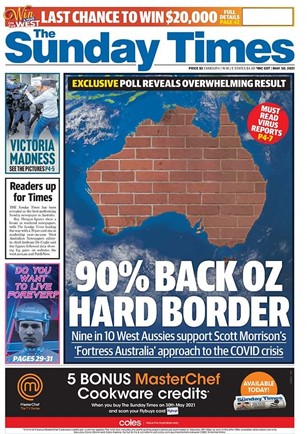 Our The People’s Voice survey also appeared in the Thursday edition of The West Australian last week regarding the use of the SafeWA app. The survey found that the attitude and use of check-ins has dropped among West Aussies in recent months, aligning with government data showing a reduction in the number of SafeWA app sign ins lately. Of the 1093 WA residents we surveyed, only 68% of them say they always use the app or manual register when visiting venues and establishments. This is followed by 24% check-in some of the time and 8% never checking in.

According to the government’s stats, total check-in scans for May reached only 33.6 million scans following the 3-day lockdown in late April. As a comparison, the 5-day lockdown in early February of 2021 yielded 56.4 million scans that month. The WA Health Department saw a common trend, with a spike in scans the week immediately after lockdowns, then a gradual drop once restrictions eased.

Finally, our most recent appearance was in the Wednesday edition of The West. Our survey asked 412 WA Residents their stance on fully vaccinated travellers – finding that almost 3 in 4 West Aussies agree that fully vaccinated Australians should be exempt from interstate border closures. This comes right off the heels of Premier Mark McGowan reinforcing the hard border with Victoria due to the resurgence of COVID cases in Melbourne. 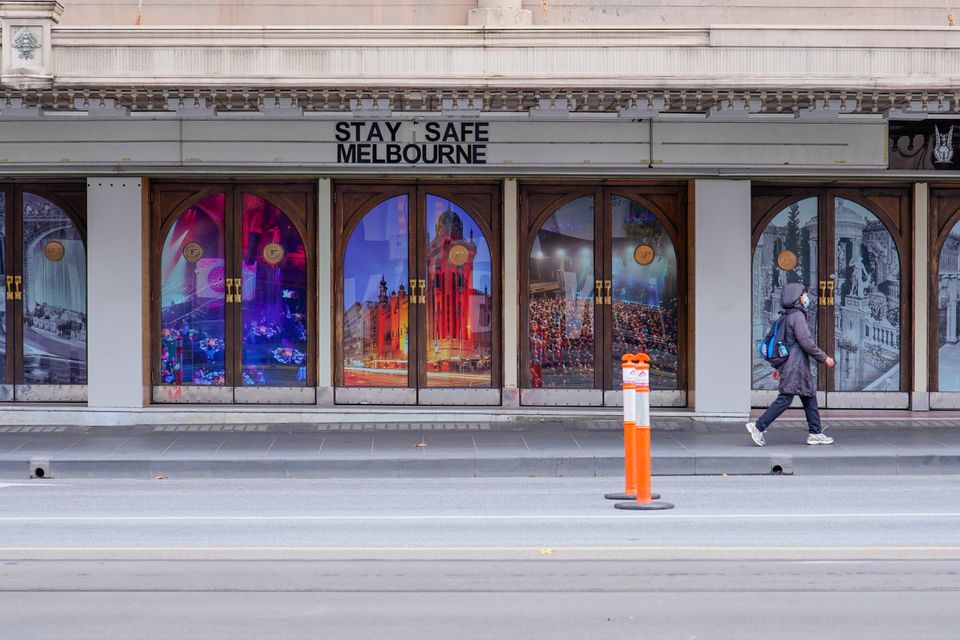 Morrison is set to take this proposal to the National Cabinet end of this week, which will not only encourage vaccine take up, but boost some much needed life into the Australian travel sector. Of the 72% that approved of the Prime Minister’s plan, men were more in favour at 82% than women, who were at at 63%. The highest support amongst age groups came at over-60’s (81%), followed by 18-39 year olds (73%) and 40-59 year olds (66%). Adjacent to this plan, WA’s Chief Health Officer Andy Robertson is considering incentives for fully vaccinated Australians, like evading home quarantine and easing restrictions specifically for them (such as lockdowns).

To find out more information about People’s Voice and how you can get involved, visit the website: https://painteddogresearch.com/peoplesvoice/