We reach far and wide with our research, not just WA.

This week, we teamed up with The West Australian newspaper and Seven West Media once again to ask Aussies from NSW and Victoria about their perceptions of the economic contribution WA makes to the country. Specifically, we wanted to know if eastern state folks are aware of how much share of national exports WA accounts for.

It turns out the majority of east coast residents hugely underestimate the contribution WA’s resources sector makes to the national economy, instead believing NSW is Australia’s top exporter.

When asked which state they thought was the biggest exporter, 51% said NSW, followed by 25% for Victoria and only 20% for WA. The survey also found east coasters were much more likely to overestimate their own state’s export contribution. An overwhelming 75% of NSW residents said their state was the top exporter, while 51% of Victorian residents thought they were.

The real picture is a little different, as shown below… 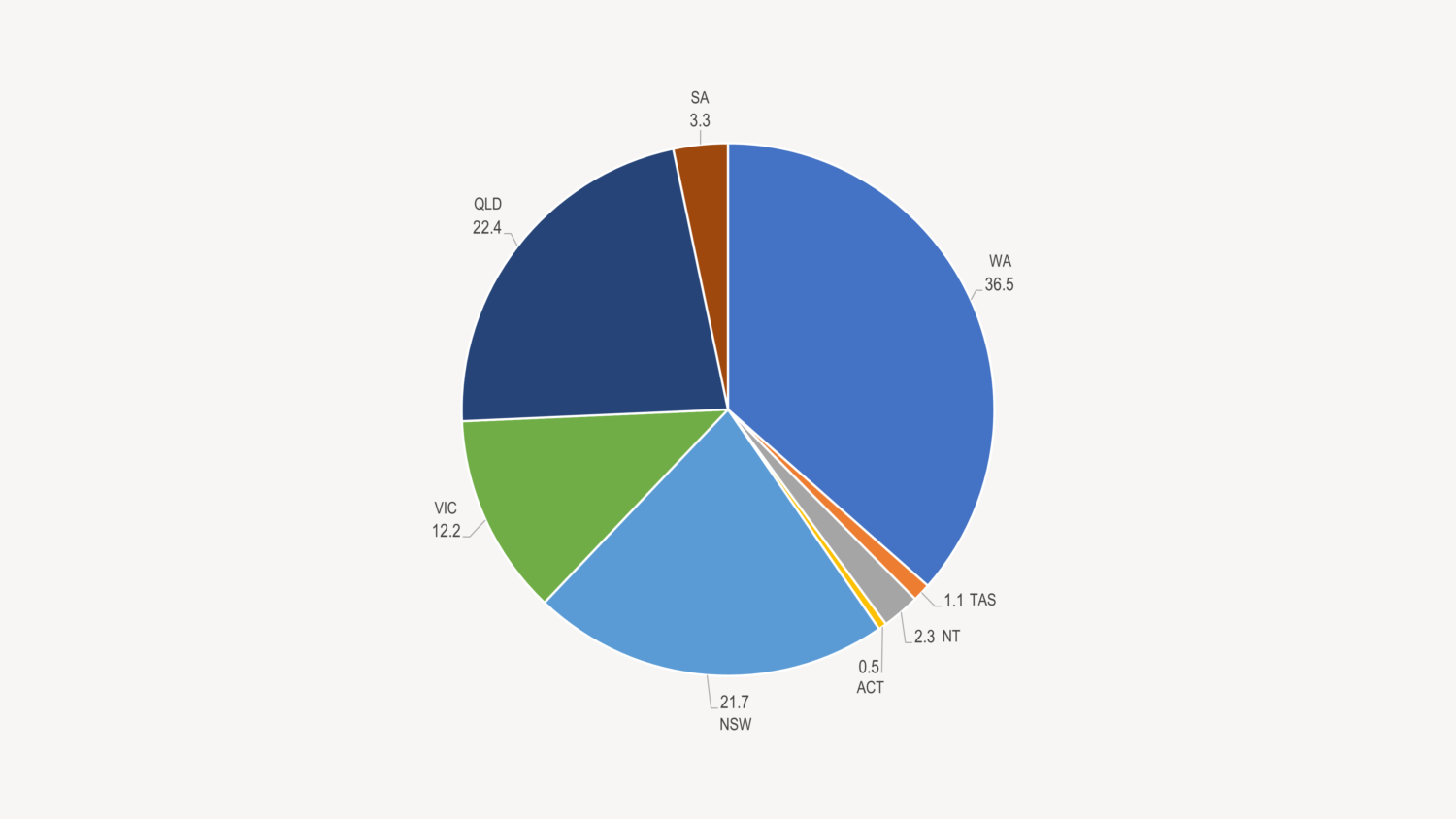 According to the Australian Department of Foreign Affairs and Trade, Australia exported over $470 billion worth of goods and services around the globe between 2018 and 2019 — and WA contributed a whopping 36.5% of that (or $171.4 billion), by far the greatest share among Aussie states. Queensland is next up at 22.4% share, and then NSW with 21.7%.

It’s been getting quite the spread of coverage too, back on the front page of The West and a nice segment on Sunrise yesterday. Premier Mark McGowan even referenced the findings when addressing parliament this morning! Check out the Sunrise segment below.

We’re excited to be working with Seven West Media and The West Australian to keep an ear to the ground across WA and the country. Follow along with our ‘In The News’ and ‘People’s Voice’ blog tags to see what we dig up together next…