Our first week back at work down and another one beginning, the Dogs are raring to sink their teeth into 2015… but let’s delve into the past and take a good look at the Painted Dog Research 2014 Christmas Party.

The Social Team kept this one a secret from the get go and we didn’t know what we were in for! 10am arrived on Friday morning, 19th December 2014, when a couple of strangers arrived at our office and introduced themselves as Caolan and Saba from Wild Goose Chase..(I remember thinking “awesome” and “uh-oh” in the same breath.)

The day was action-packed, hilarious and mysterious with twists at every turn – and perfectly tailored to our competitive natures. Split into teams, we were set challenges around Perth (amazing race style) that had been specifically designed with Painted Dog in mind…challenges included but not limited to: karate, golf, dressups, painting a dog, general knowledge and knowledge of our colleagues, movie memory and a very fun (and slightly stressful) photo challenge. 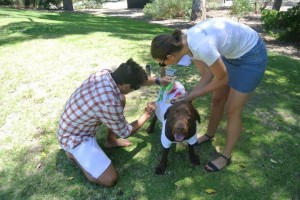 Highlights: Garreth was forced to dress up as an Elf for the duration of the day and lost points if he removed any other part of the ensemble. Team members were quick to point out when Garreth’s hat was not on his head. Claudia being awarded points for providing the best karate 5 second freestyle much to the amusement of the team. All the ridiculous poses we did to recreate the photos provided in the photo challenge – this was in full public view on Beaufort street! 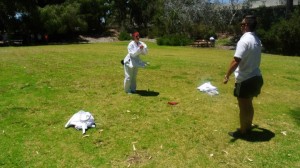 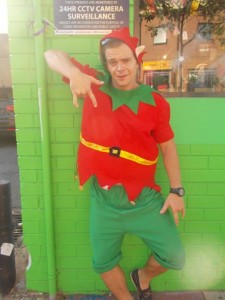 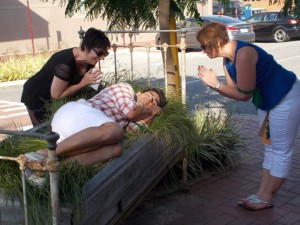 ^ This is Justin being baby Jesus just in case you didn’t pick that up on your own.. 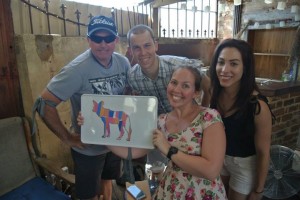 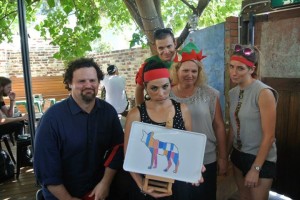 There was very marginal cheating present (someone’s team bandana was “stolen” – the culprit was never found though many team members were accused), and there was a bit of talk of an alliance between two teams against the third team, but all in all we played very well together!

Most repetitive comment: “Will we get bonus points?” – in true Painted Dog style the competition was fierce amongst the teams but there could be only one winner! Well done Justin, Michelle, Kristy and Janine! 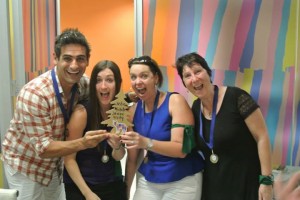 The day was one of the best social events in PDR history and the team at Wild Goose Chase were amazing!! Thanks so much for creating such an awesome day!… How we will top it come Christmas 2015 I have no idea…

Either way, we are looking forward to a fantastic year ahead! Bring on 2015!