It was a very nice surprise on Friday night when the Underdogs were announced as winners of the 2012 Battle of the Ad Bands. There was some tough competition, but our reliance on songs that can be sung loudly by very drunk people was the right strategy on the night. 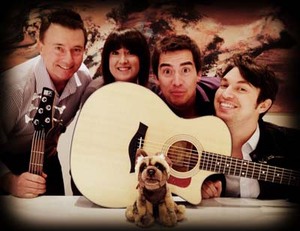 Later on this week we’ll upload some video, so all those who weren’t there can re-live the magic.

A big thanks to the event organisers / Youngbloods WA for letting us take part in such a great night.