Locked out and Locked in

Just two days after our last front cover shout-out, we’re back in the news with our latest People’s Voice survey results.

After a series of exclusive polling for The West Australian last week, the latest results revealed 82% of West Aussies still stand behind Mark McGowan’s approach to WA’s hard border. This is still an overwhelming level of support, even though it’s down from over 90% back in September last year.

Support for the hard border was lowest among the younger West Australians aged under 30, and interestingly also lower among those aged 70 and over. Women were also a little more likely to support the stance (not the first time we’ve seen stronger support for Mark “The Stud” McGowan among the ladies…), but is pretty stable across different income brackets.

On the other side of this coin, we also found that only a minority (39%) are worried about falling behind other states on returning to international travel if we keep our borders locked tight.

It looks like most of us are sitting comfy for now keeping others out and ourselves in! 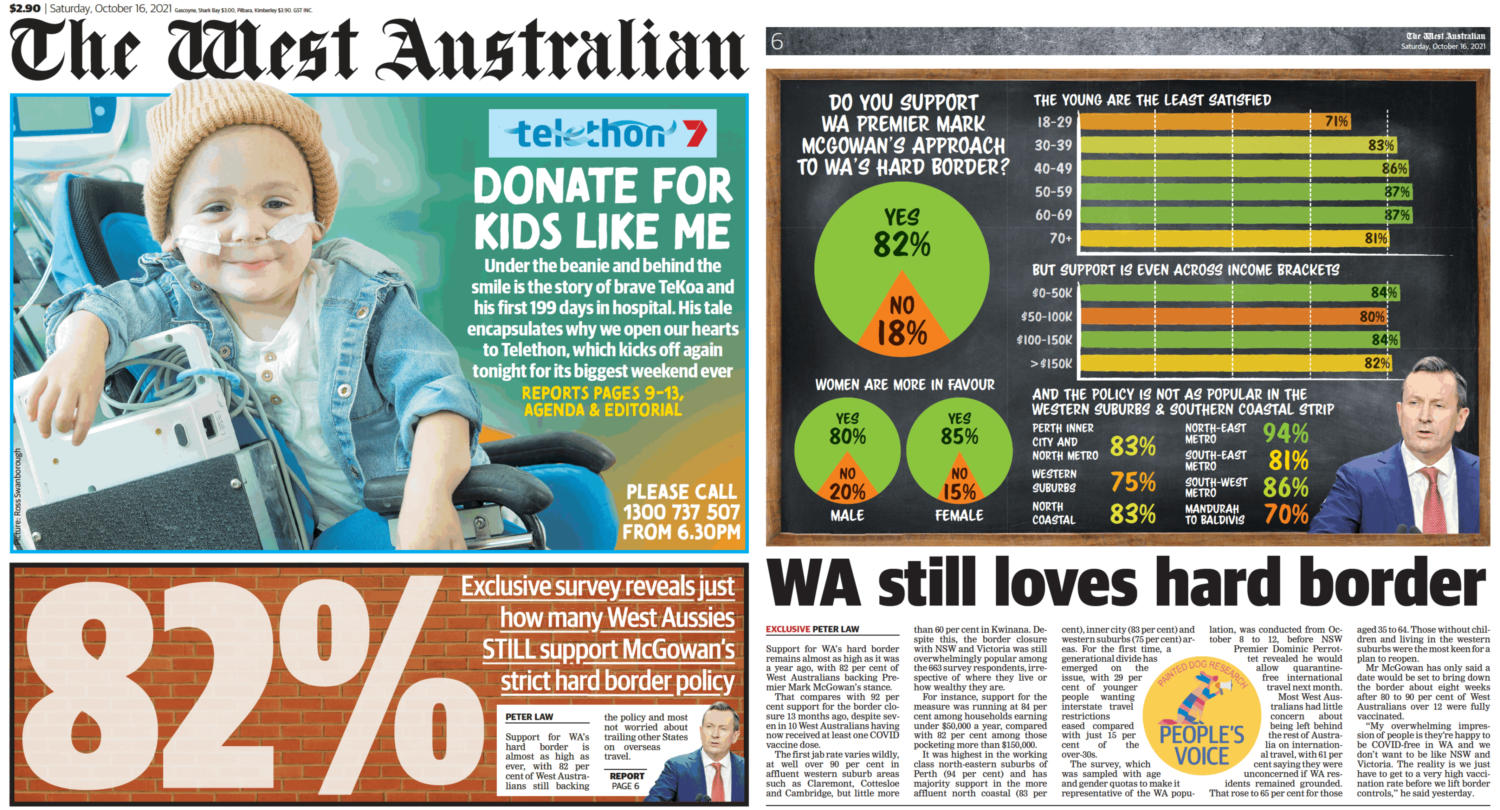 We’ll be keeping an eye on how this sentiment changes across the next few months, especially as we get near the holiday season and edge ever closer to our first vaccination target of 80%.